The National Minimum Wage Act 1998 (NMWA 1998) was brought into force by regulations over the period of 1998/9. The Act and connected regulations provide workers with a floor below which their wages will not fall, regardless of the size of the employer’s business. Those who work part-time have benefited most. Section references are to the 1998 Act. 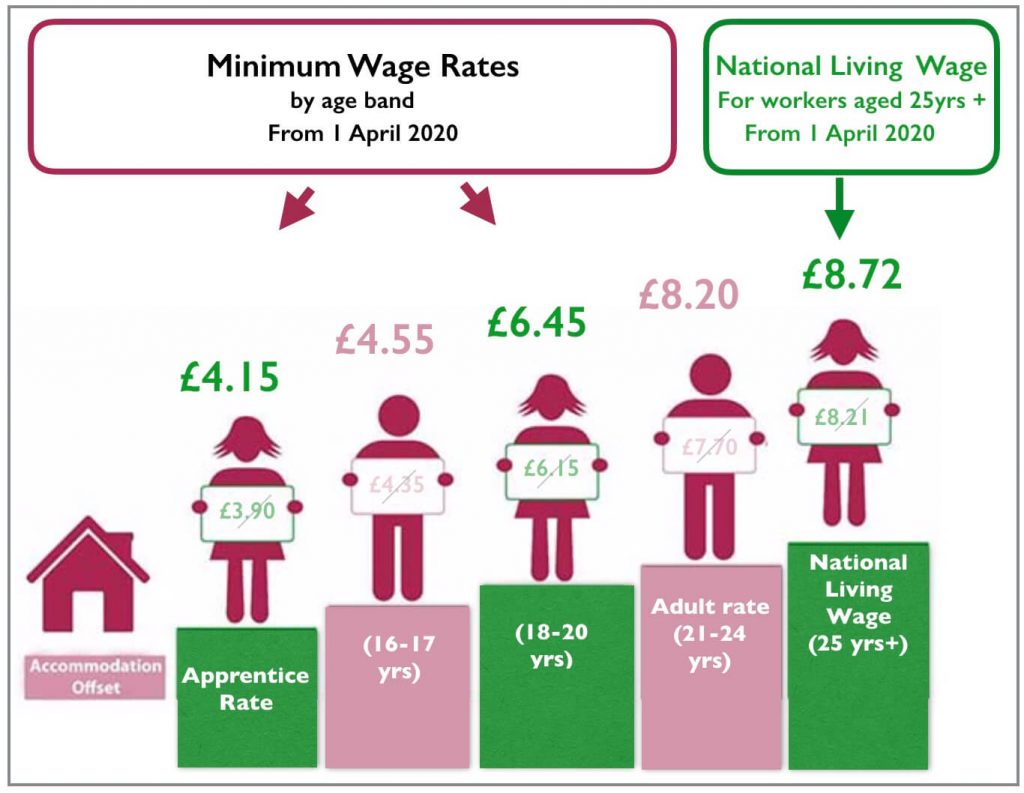 1. Entitlement – Those entitled must be ‘workers’ who work or ordinarily work in the UK under a contract of employment and are over compulsory school leaving age [ss 1(2) and 54(3)]. Casual workers are included as are agency workers (s 34) and home-workers (s 35).

The self-employed are excluded, as are voluntary workers. These include charity workers who either are totally unpaid or receive only reasonable travel and out-of-pocket expenses. Regulations also exempt from the provisions of those working and living as part of a family, e.g. au pairs. Those under 16 years of age are also excluded.

2. Owner-managed businesses – The 1998 Act applies to directors of owner-managed businesses. Thus, a person who works as a director of his company but takes no salary (or very little), relying on dividends as income, falls foul of the Act and must receive the minimum wage or adjust the hours worked to comply. The company must also pay the employer’s NIC. So, If the business is disincorporated, then the former director would come under the exemption for the self-employed for sure.

Those who are starting up a business as a company and cannot initially pay themselves also fall foul of the Act though they could notionally pay themselves the minimum wage but remain as a creditor until the company can pay them. As an alternative, they could set up in partnership because partners are excluded from the minimum wage provisions unless they are salaried employees as distinct from profit-sharing partners. A spouse employed in a family business is excluded from the provisions under the ‘family business’ exception as are other members of the employer’s family who live at home, but not if the employer is incorporated, i.e. a family company.

A further solution for those directors who wish or have to work for less than the minimum wage is not to have a contract of employment so that they are not employees. This appears to be accepted by the relevant authorities. Furthermore, the DTI (now BERR) has indicated that it will not try to show that the director has an implied contract.

4. Increases in level – This will depend upon the advice of the Low Pay Commission (LPC) and the economic situation and is not automatic.

5. Extensions – There is the power to apply the Act to those who do not fit the current definition of a ‘worker’ (s 41). This could be used to deal with changes in working practices and to close loopholes that bad employers may exploit.

6. Calculation – The regulations set out the averaging period to be used in calculating whether a worker has been paid the NMW. It is set at a month (i.e. ‘calendar month’) except where workers are currently paid by reference to periods of shorter than one month, e.g. a week, a fortnight, or four weeks. In the latter cases, the pay reference period for NMW purposes will be the worker’s existing pay period. In addition, the hourly rate for those who are paid an annual salary will be calculated on an average basis. Therefore, the lowest salary for a 35-hour week would currently be £5.73 × 35 × 52 = £10,428.60.

7. What counts as remuneration?
The regulations deal with a number of instances of what does and does not count towards discharging an employer’s obligation to pay the NMW. Examples of things that do not count are advances of wages, pensions, redundancy payments, and benefits in kind with the exclusion of living accommodation at a fairly low limit.

Payments during absences from work such as sick pay, holiday pay, maternity pay, and guarantee payments are not included and neither are service charges, tips, gratuities, or cover charges not paid through the payroll. Thus, discretionary tips left for a worker by a customer and pocketed by the worker do not count nor would tips pooled under an employees’ informal scheme and distributed, but where tips are pooled by the employer and paid through the payroll they do count as remuneration.

Also, Check – ■ Examples Of Apparent Authority As Laid Down By Case Law

Free Educational Materials On Text, Videos, Articles And Much More On Many Numbers Of Courses Like – BBA/MBA, BCA/MCA, B.COM/M.COM, B.A/M.A, LAW/LLB, MMBS, JEE/NEET And Also On General School Streams Like Arts, Science And Commerce Too.